IT IS ALL ABOUT (RARE) PEOPLE

“The message from our friends and shareholders was clear: To make a watch that exudes a feeling of preciousness, but could also be worn and admired every day…even at the end of the Earth”

There’s more to haute horlogerie than virtuosic complications. Movement design, rare and fine finishing, select materials or intricate case surfaces, and attention to detail, are all key factors that increase a timepiece’s value in the eyes of the beholder. They are also at the heart of Czapek’s latest model, the Antarctique, says CEO Xavier de Roquemaurel. “The message from our friends and shareholders was clear: To make a watch that exudes a feeling of preciousness, but could also be worn and admired every day…even at the end of the Earth”.

The idea of the name Antarctique was originated by the family trip to Antarctica of one of Czapek’s most historical and active shareholders, a successful entrepreneur who ardently finances new businesses mostly for sustainable solutions. But the Antarctique is also a tribute to the French explorer Jules Dumont d’Urville who named an Antarctica area after his wife, Adèle, during his daring expedition to the continent in 1840.

The name Antarctica raises a host of associations, from intrepid explorers who risked life and limb to discover the world’s remotest parts, to the sheer breath-taking beauty Nature at its most pristine. Indeed, the Sixth Continent has become a preeminent symbol of environmental deterioration and the need for humans to step up their efforts to preserve the planet. “The name resonated, because it also represents our commitment to doing our part,” explains Xavier de Roquemaurel. “It’s not only in the use of recycled platinum for the rotor. It’s about safeguarding other irreplaceable assets as well, like the many Swiss artisans dedicated to the traditional watchmaking art. This perfectly illustrates our motto, ‘We Collect Rare People’.”

The Crew behind Antarctique: 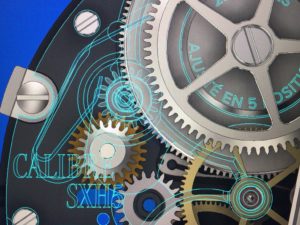 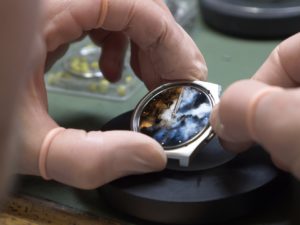 The Story of the Antarctique – EPISODE 6 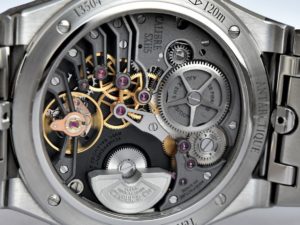 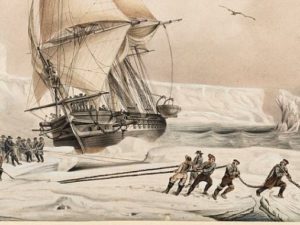